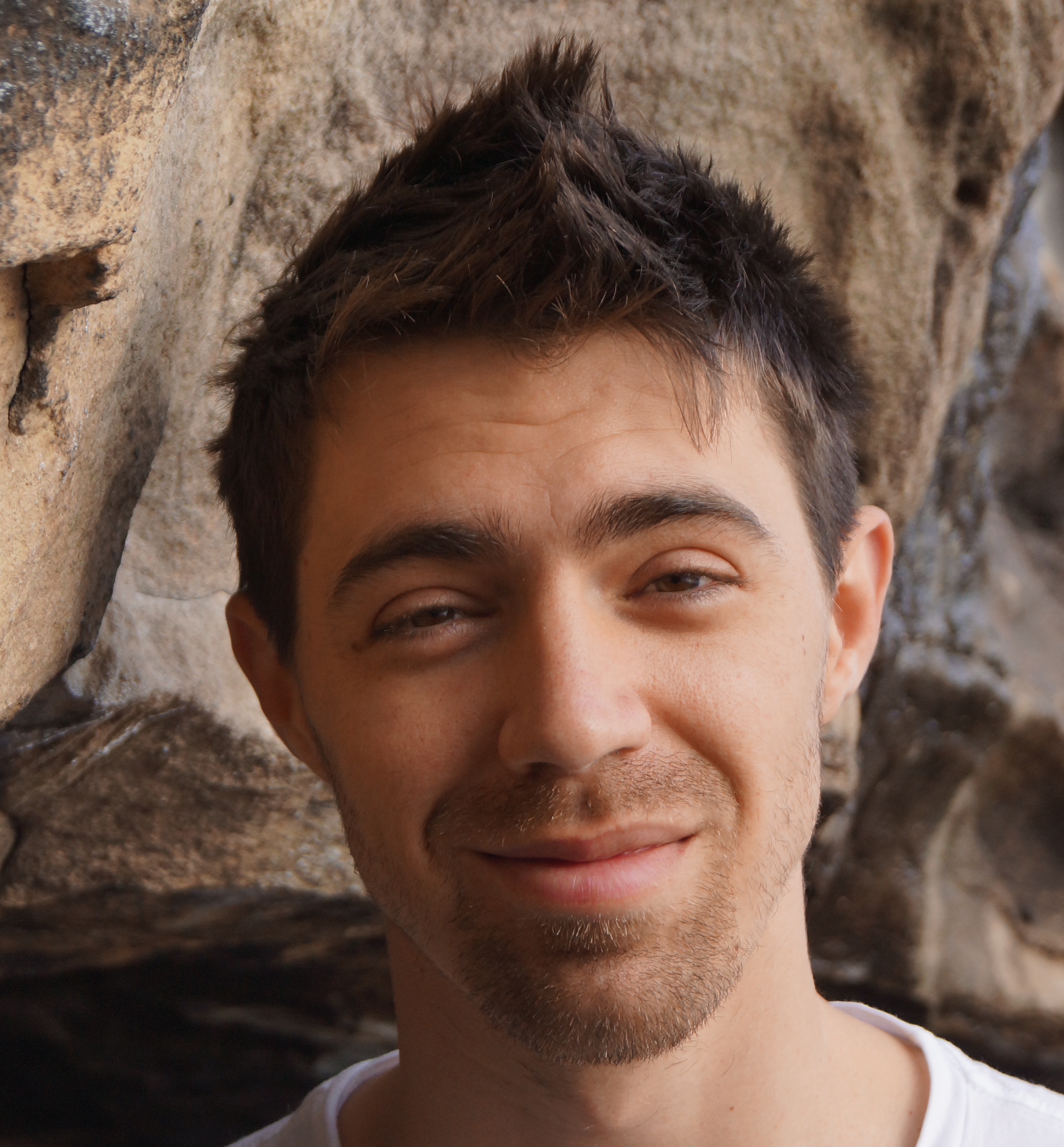 Much of my work involves revisiting classical nonlinear input/output systems theory and nonlinear circuit theory with modern methods from optimization. Particular interests include:

I love searching for connections between the latest research topics and old, forgotten ideas. My two biggest heros are probably Jan Willems and George Zames.

I am currently a Research Fellow at Pembroke College, Cambridge. I completed my PhD in April 2022 in the Control Group, University of Cambridge, supervised by Rodolphe Sepulchre. From August 2022, I spent seven weeks as a visiting researcher in the Department of Automatic Control at Lund University, Sweden. My undergraduate degree was in mathematics and computer science, and my masters was in mechanical engineering, both at the University of Sydney, Australia. I'm a qualified welder, and I love rock climbing, cycling, surfing and music (especially Bach and anything with a time signature of 7).

In 2023 I was interviewed for the IEEE Control Systems "PhDs in Control" column.

For a full list of publications, see my Google Scholar page. A copy of my PhD thesis can be downloaded here. Please let me know if you find any typos.

Scaled Relative Graphs (SRGs) are a new tool in optimization, developed by Ernest Ryu, Robert Hannah and Wotao Yin for the study of convergence of optimization algorithms. My project studies the relationship between the SRG and the classical Nyquist diagram of LTI control theory.

The SRG is a generalization of the Nyquist diagram to stable nonlinear operators. Like the Nyquist diagram, the SRG can be used to determine when a feedback system will be stable. Studying stability with SRGs gives a graphical unification of many existing results on incremental stability, and opens up an entirely new avenue for studying nonlinear system properties. Particularly interesting properties include nonlinear robustness margins defined as distances between SRGs.

The figure above shows an analytical SRG of an LTI transfer function (left, Nyquist diagram in black), and a sampling of the SRG of Hodgkin and Huxley's potassium conductance (right).

This project explores the connections between nonlinear electrical circuits, modern methods in large-scale optimization, and the input/output approach to nonlinear system theory, pioneered by George Zames.

The mathematical property of monotonicity was born in the study of nonlinear circuits in the early 1960s, in the work of George Minty (known also for the Klee-Minty cube). Monotonicity means energy-dissipating, loosly speaking, and it is closely related to the property of incremental passivity, studied by Zames around the same time. Monotonicity has since become a fundamental property in the theory of large-scale optimization.

Revisiting the study of nonlinear circuits using modern monotone optimization techniques has lead to a new algorithmic method for solving nonlinear circuits. The method uses a splitting algorithm, where the splitting corresponds to the circuit interconnection structure. Searching for splitting algorithms that match circuit structures has also lead to a new splitting method, the nested forward/backward splitting, which matches arbitrary series/parallel interconnections. This method can be used to solve the circuit shown above - an example with n=100,000 is shown below.

The property of monotoncity can be used to understand systems with self-sustaining oscillations, modelled as the difference of two monotone systems. Such systems include the FitzHugh-Nagumo model of an excitable neuron, and the Amari model of lateral inhibition.

Recent work by Ian Manchester and Jean-Jacques Slotine studies the corresponding stabilizability problem: if the differential dynamics are stabilizable in every locality, with some minimum rate of convergence, then the global system is stabilizable. A global controller can be constructed from a family of differential controllers.

My work expands the class of controllers that can be used, to include those that don't come from quadratic Lyapunov functions. This allows some interesting controllers to be constructed, such as controllers which push harder going from a to b than they do from b to a. This is sensible: I'd like my controller to work hard pushing a bicycle up a hill, but not to work very hard at all rolling it back down!